With its innovative intelligence, Adaptive Logic Programming Tech­nology (ALPT), Inrotech has caused a small sensation in the world of robot welders. The intelligence of the welding robot makes it capable of ‘reading’ its task and performing it simultaneously. It runs smoothly without the need of interference in the shape of engineering back-up or interface with CAD applications.

The seeds of this product were sown at the Odense Steel Ship­yard in 2007-2008, and the maritime field therefore has become the core business of Inrotech. The product has already been sold and successfully implemented in several leading shipyards glob­ally. The key features of the Inrotech welding robot are 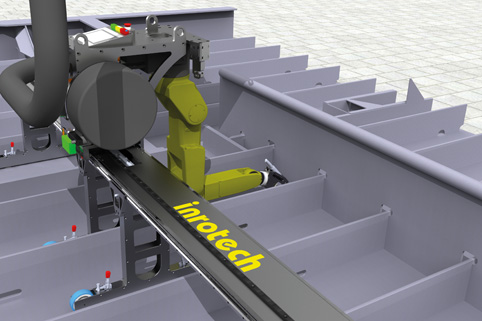