At the heart of VIKING lies an important mission to protect and save human lives all over the world.

Products including inflatable liferafts, marine evacuation systems, lifeboats, rescue boats and davits and personal protective equipment such as immersion suits, fire suits and lifejackets protect passengers and crew on many of the world’s largest cruise liners and cargo ships as well as workers on the most advanced offshore platforms. At the same time, VIKING safeguards the ability of shipowners and offshore asset owners or operators to manage their businesses by ensuring safety and regulatory compliance on board at all times. With the newly-founded VIKING Safety Academy, the company is also setting the standard in education and training of maritime personnel.

VIKING is a privately held corporation, founded in 1960. In recent years, VIKING acquired the Norwegian company Norsafe, whose lifeboats have been used around the world since 1904, and Drew Marine’s FSR division, one of the world’s three largest providers of Marine Fire Service. Headquartered in Denmark, the company employs over 2,800 people in more than 30 countries. No-compromise service is a cornerstone of VIKING’s offering, delivered by a network of local experts and 280 certified servicing stations spread around the globe. 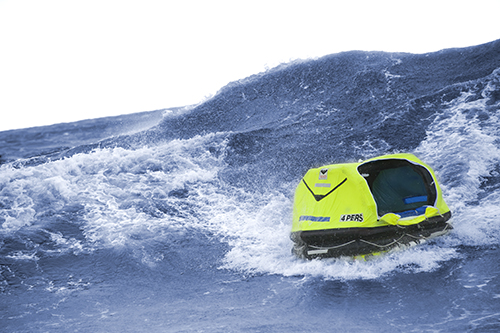